What Parents Need to Know About Grand Theft Auto 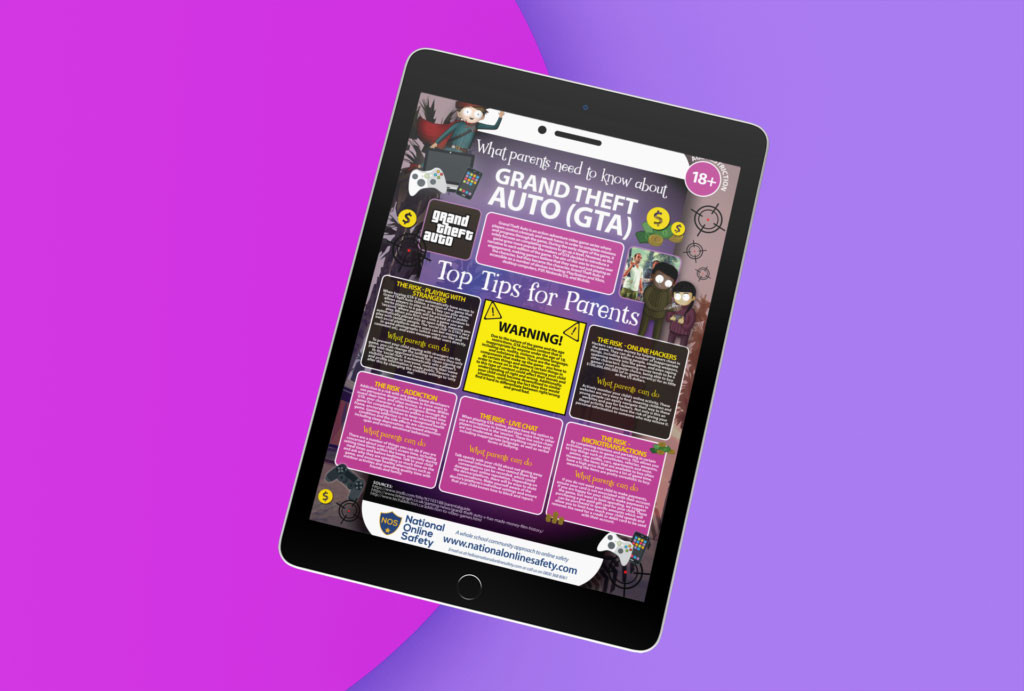 Please find the National Online Safety guide for ‘What Parents Need to Know About Grand Theft Auto‘ below.

What is Grand Theft Auto?

Grand Theft Auto is an action-adventure video game series where players control criminals and wreak havoc in order to complete missions and progress through the game. During the early stages of the game, it solely focused on completing missions to go up a level. However, as the game grew more popular the makers of GTA decided to introduce a narrative to each edition of the game. The aim of this was to increase user engagement, making gamers believe that they were not just playing as the character, but they became the character. Grand Theft Auto is accessible on a number of devices including: PlayStation and Xbox, desktop computers, PSP, Nintendo DS, and Mobile.

In the guide, you’ll find tips on a number of potential risks such as violent content, profane language and playing with strangers.